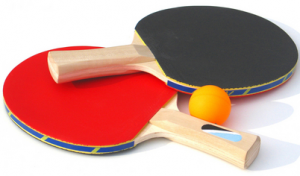 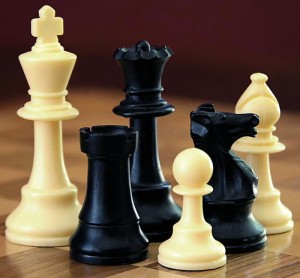 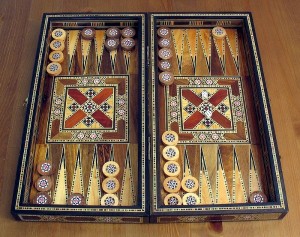 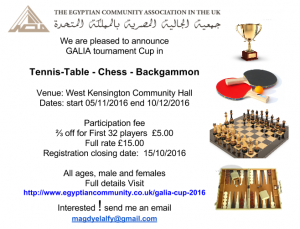 ECA main aim is to keep Egyptian community in the UK in touch and connected together and with motherland Egypt. We organise social gathering events, like dinner / music events, seaside summer trips, national / culture events celebration, education / culture seminars. Now we are adding one more activity, mind and sports games, in the hope to encourage young Egyptian to actively play a role in keeping the community a live

It is open to all Egyptian in UK, all ages, male and female, participation fee is £15.00

⅔ off for first 32 confirmed and paid registration £5.00 only

for more details or to register, please send email to

You can participate in more than one competition

Do Not Waste The Opportunity

Be Part Of The Community

Simply, a list of participant will be setup according to the following criteria

Each Participant will be given a number on the list, first round draw will be as follow